Cosmopolis and the creative cowardice of Anglo-American literature

I recently watched David Cronenberg’s new movie, Cosmopolis, and shortly after doing so read the Don Delillo novel on which it’s based. I’ll have my review of the Delillo up in the next few days, but reading it made me think about what seems to me a key failure of much contemporary fiction. 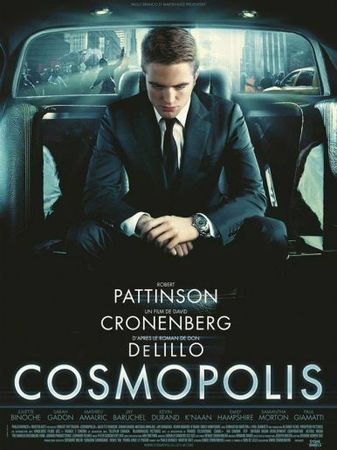 The great fiction of the nineteenth century engaged with the world around it. It looked to the problems of its day and sought to capture and explore them. Authors such as Balzac or Zola weren’t afraid of life beyond their studios, nor Dickens or indeed Trollope. Later came writers such as Eliot, showing us fear in a handful of dust, Fitzgerald, capturing the spirit of an age, Dos Passos pushing at what the novel could do so as to better show the city around him, Orwell showing suburban despair, civil war and so much more. These are exciting writers.

Cosmopolis, published in 2000, tries to capture our age. It tries to investigate how the world is changing around us and how the pace of that change seems to constantly accelerate. It explores the movement of value from the physical to the insubstantial, the virtual. It is flat and affectless, mirroring a time of surfaces and shallow sensation, but at the same time looks to deeper currents of information and the sense that we can be helplessly caught in vast forces of capital and history that though created by us seem somehow beyond our control.

Delillo doesn’t wholly succeed in his goals, but he tries. He sees the world around us and tries to say something about it, about our world, the one that can only exist right now and that never existed before and never will again. Most contemporary novelists avoid that challenge, setting their fictions in the recent past or a strangely timeless present that might as well be past. The Yips, to take one example, though published in 2012 is set in a prelapsarian 2006, already a historical novel.

As I write this economies globally are adjusting to a painful “new normal”. The markets are spoken of as if some deity that must be appeased, with governments replaced where necessary with appointed officials imposing austerity regimes while their people flail around for lack of offered alternatives. At the same time, many of us have phones that double as computers, more powerful than those I owned in the 1980s or ’90s. I call up maps when walking in new places, routes appear on a screen showing me where I need to go. My CD collection is increasingly a record not of the music I like, but of the music I used to like before downloads became so readily purchasable.

I’m not suggesting here that novelists should dwell on the flotsam of our lives, on twitter accounts and Greek bailouts (though nor am I saying that they shouldn’t). At the same time I am suggesting that the world has changed, and that to write about it as if it hadn’t is a form of creative cowardice. To write about a world where comfortably middle class people live comfortable lives much as they would have twenty years ago or even fifty years ago, without acknowledgement of how unrepresentative those lives have become, is a dereliction.

We live in a time in which, in the West, children can now expect a lower standard of living than their parents. A time too in which most families need two salaries to survive, but with widespread unemployment and where many jobs that do exist are part time or insecure. A time in which there is a great transfer of power and wealth from West to East, creating a sense of our own coming obsolescence (I write here from a Western perspective).

We live in a time of near-constant war, but war fought with drones in places where our news cameras do not go. We hear statistics, 30 suspected militants killed, but see no footage of bodies or burnt homes. We live in a time when protest has become seemingly irrelevant, and where governments can sometimes appear to owe more to distant millionaires and billionaires than their own peoples. We live in a time when banks commit offences most of us barely understand, or don’t understand at all, and which are somehow too large to ever be punished.

Not all of this is new, and not everything is bleak (it never is), but what it is is largely missing from the contemporary English language novel. Talking to the present risks being irrelevant tomorrow, but better that than never being relevant at all. John Lanchester may not have fully succeeded in his Capital, just as Delillo doesn’t fully succeed in Cosmopolis. At least though they haven’t just given up.