I read War and Peace!

It just seems worth shouting about. It did take almost two months. Anyway, with that notice out of the way here’s my end of year round-up, in no particular order until you get to the very end. As with the last couple of years’ round-ups the image is wholly unrelated to the list, but it is a very good film. 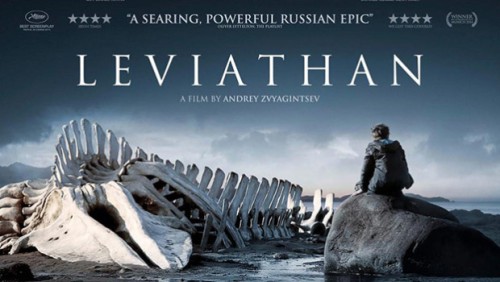 Best not to actually describe it novel: let’s start with what’s possibly the most disturbing read of the year in a year where that’s a hotly contested category. Helen DeWitt’s Lightning Rods is a novel so blackly satirical that just talking about its core concept gets fairly offensive. A biting argument that actually, on reflection, maybe we shouldn’t accept things as they are;

Best novel that’s actually quite hard to describe: that would be Adrian N. Bravi’s The Combover. It’s funny, it’s clever and it’s the only novella about a man retreating from the world after someone flips his combover that you’ll read any time soon;

Best novel that hardly anyone commented on: The Magician of Lublin, by Isaac Bashevis Singer. Somehow I just didn’t enthuse people about this one when I first wrote about it, so here’s another go. This came very close to being my book of the year. It’s exuberant, well written and powerful. Seriously, it’s worth checking out;

(Best disturbing novel with a child protagonist actually proved quite hotly contested this year, so I’ve broken it down into the following two categories.)

Best disturbing and somewhat gothic novel with a child protagonist: Small Hands, by Andres Barba. This has now won the Spanish Herralde prize and it’s easy to see why. It’s marvellously well written and frankly any novel that features the line “Someone had gone to her house and packed her a doubtful suitcase.” just has to be celebrated. I know it’s dark, I know it involves harm to children, but it really is very good and another candidate for book of the year;

Best disturbing and terribly sad novel with a child protagonist: I’m late to the party with this one, but Juan Pablo Villalobos’s Down the Rabbit Hole. I thought this was clever, funny and yet rather heartbreaking and it’s astonishing quite how much Villalobos manages to pack in by way of off-screen implication;

Best classic Russian novel: Novel is stretching it here, but it’s novel length so why not? Anyway, the winner is the Pushkin Press translation by Anthony Briggs of Alexander Pushkin’s Yevgeny Onegin. It’s a delightful and sparkling translation which I utterly recommend;

Best novel set in Vienna: another surprisingly hotly contested category this year, but Arthur Schnitzler just can’t be beat and his Dream Story while far from my favourite by him is nonetheless exceptionally good;

Best stylistically innovative novel about a sex-offender: would of course be Anakana Schofeld’s marvellous Martin John. It’s not an easy read either in terms of subject matter or occasionally in terms of style, but a little perseverance more than pays off in what was rightly one of the most widely praised novels of 2016 (but which I didn’t read until 2017);

Best novel featuring an unnecessary supernatural element: The Bookshop, by Penelope Fitzgerald. I just loved this rather melancholic tale of the opening of a small town bookshop and its various successes and challenges. One of this year’s gems;

Best science fiction novel to show the scope of the genre: The Arrival of Missives, by Aliya Whiteley. Non-SF readers often have odd views on what constitutes SF, assuming it has to involve spaceships or aliens or something. None of that is of course true. Whiteley not only interrogates modern ideas of agency and the right to the future but also speaks to past SF conventions and assumptions. I was also very impressed this year past by Ann Leckie’s Ancillary Justice and by Dave Hutchinson’s Europe at Midnight, either of which on another day might just as easily have won);

Best novel that speaks to the world today: Street of Thieves, by Mathias Enard. I love Enard’s ambition, his language and unfashionably enough for a literary author his grasp of plot and story. Here he addresses the Arab spring but also a personal coming of age tale and wider issues of the relationship between the developing and developed world. Not Zone, but then what is?

And finally, my book of the year for 2017 is: Juan Rulfo’s Pedro Páramo. Probably not a surprise to anyone who read my review. This is a slim masterpiece. An extraordinary achievement and a book that has nestled away inside me and which I definitely hope to reread at some point.

And that’s it! The list was unusually easy to draw up this year which isn’t actually the best sign. Usually it takes me ages to cut down from the 50-60 books I typically read to a list of ten or twelve. This year it was only really the SF category which caused me any issues – everything else was obvious and it only took me about five minutes to work out what my list was. Not ideal and something for me to think about as I choose my reading over the coming year.

Anyway, I never read other people’s lists until I’ve done my own. Now I have and so now I can. I’m interested to see what others liked and largely hope that I either disagree or have already read their choices since otherwise my groaning TBR pile will grow even larger …