Looking back on #TBR20 and forward to #TBR10

Last year I took part in the #TBR20 project, started by Eva Stalker. My post about the concept, my reasons for taking part and the books I chose is here.

I finished my #TBR20 just before Christmas, which given I started it in April should pretty neatly illustrate the key problem I ran into. It was just too much of a commitment. Admittedly I departed from my list to read some books I was sent for review, and two or three times when going on holiday I allowed myself a holiday read that wasn’t on the list, but in the main I stuck to it.

Over the course of 2015 I read around fifty books. Forcing myself to take twenty of them from a single list proved to be too much. For a more prolific reader twenty might be a good number. For a reader like me it’s too constraining.

Some constraint however can be a good thing. I chose many of the books on my #TBR20 list precisely because I wanted to push myself to read them. Often they were books I’d meant to read for years, but kept not quite getting to. The list in that sense worked well.

On the other hand, I found myself taking more review books than usual (I suspect to give myself a break from the list) and around book 18 I simply broke and bought some new titles. I didn’t binge as much as many have, but I do think there’s an issue where holding off buying for an artificially extended period may cause one to simply bulk-buy at the end.

For me then #TBR20 was a mixed experience. I’m delighted that I finally made time for Lispector, Pym, Cole, Johnson, Levy, Adler, Wood and others. I’m less delighted that so much of my year was dominated by a single project.

The basic concept of #TBR20 is a good one, even if the length of commitment is too great for me. Going forward therefore I’m going to try a variant, which I’m imaginatively calling #TBR10. The rules of #TBR10 are as follows:

And that’s pretty much it. Exceptions are allowed for review copies and poetry, but otherwise it’s that simple. There’s no ban on buying, but there’s no point in buying loads if half of the next twenty books I read have to come from the #TBR10 list. It’s much more manageable, and allowing myself ten books that aren’t on the list makes it much more flexible (and those ten could also be from my TBR pile, or could be new purchases, or whatever).

My hope is that this will still help me cut into my TBR backlog without ending up frustrating me as #TBR20 did. I’ll let you all know how it goes.

Finally, here’s my #TBR10 list. in no particular order: 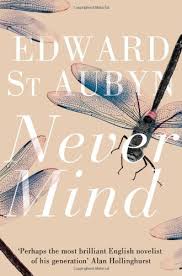 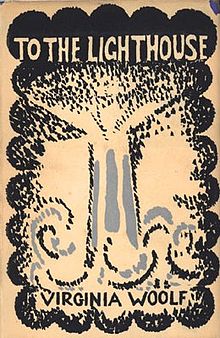 The Proust slightly concerns me as I’m not sure it’s sensible to have a novel over 800 pages long lined up for the next two or three months, I simply may not have time to read it during that period. It’s therefore open to a substitution. A Fire Upon the Deep for the curious is one of the more highly regarded science fiction novels out there, but it’s very much hardcore SF and not at all a crossover book to an audience more used to pure literary fiction.

My only other concern is that it’s not the most diverse list ever. It would be good perhaps to add in something that’s not middle class European (which admittedly the Herrera and Vinge aren’t, but the rest pretty much are). Any suggestions welcome, though preferably nothing so fat that it’ll take months to read…

Edit: On reflection, the Proust is a definite goal for this year but will work better after the period this will relate to, as I won’t get a solid reading block of the sort I’ll need for a little while. If I do I can always add it back in as one of my non-list choices. Instead therefore I’ve added in Amos Tutuola’s The Palm-Wine Drinkard which should make for a nice change of pace.